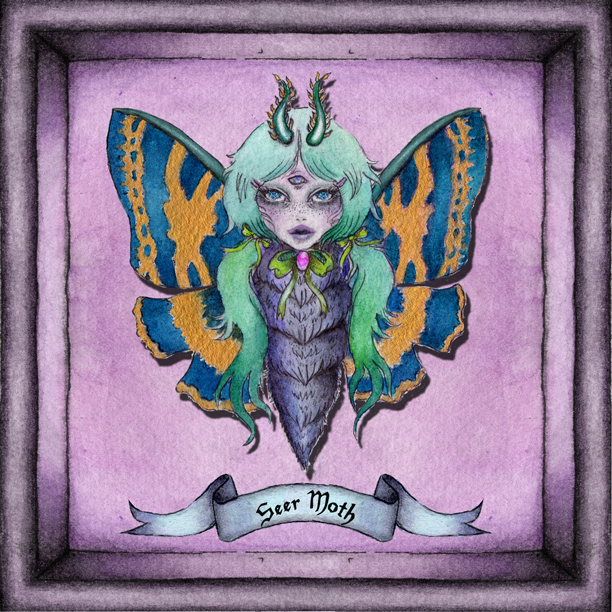 The Seer Moth is the only moth that has the ability to telepathically speak to other creatures in “the other realm”(while in full moth form) she can also enter dreams and cross between realms at will.The Seer Moth has a third eye that is usually purple or green it glows when she is communicating with others. 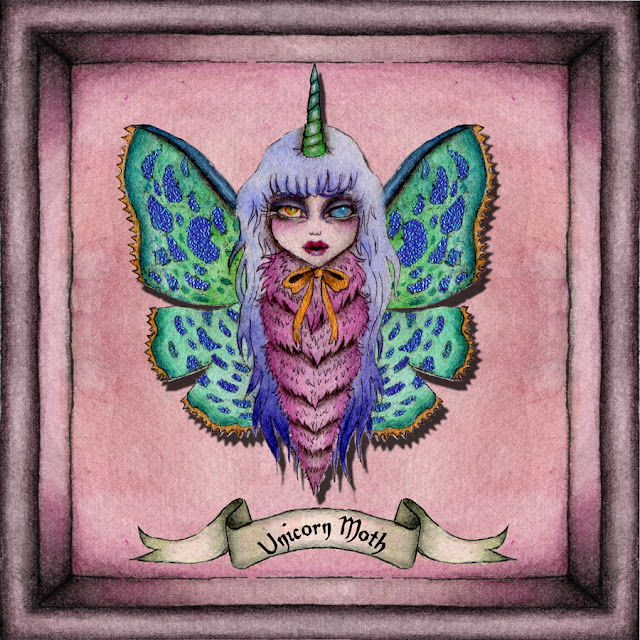 Pinned Female Unicorn Moth
Watercolor,acrylic & iridescent blue paper for the spots on her wings
the female unicorn moth is poisonous and is most likely to be found hiding under giant inky cap mushrooms .